My son, Macklin, was born November 18th, 2015 with an incomplete esophagus, Esophageal Atresia/Tracheoesophageal Fistula or EA/TEF for short. Basically, his esophagus attached to his windpipe (trachea) instead of from his mouth to his stomach. Born at 41 weeks, after what seemed like a healthy pregnancy, it was a complete surprise and something we didn’t know until a couple hours after he arrived. He was having trouble swallowing and we couldn’t figure out why. One of the nurses suspected there was some kind of blockage. We did a Xray and realized his esophagus ended in a small pouch and didn’t go to this stomach. We had never even heard of this condition before our son arrived. Very quickly, we found ourselves learning words we had never heard, navigating major surgeries and going home without our new baby. 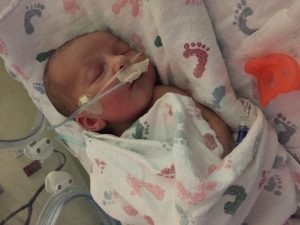 Macklin’s first surgery was at two days old to try to remove the connection of his esophagus to his trachea and then connect the two ends of esophagus together. We assumed they would do all of that and we would be out of the NICU in a few days. Unfortunately, the gap between the two ends of esophagus was too large so the surgeon said we would have to wait a few weeks to see if the two ends would grow any closer, then they would try again. We were devastated as we suddenly realized we were in for a much longer haul in the hospital and would continue to go home night after night without our new baby. Being born in November, we also realized that we would likely be experiencing several firsts as a family in the NICU. My heart was shattered and I was scared of what would happen and what his future would hold.  Macklin received a g-tube feeding tube and was receiving IV fluids for nutrition as we built up to giving him milk through his feeding tube, while we waited for the next surgery. 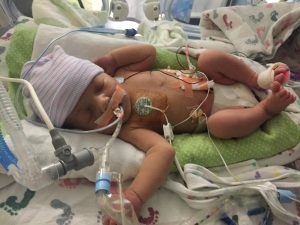 Macklin was also born with a couple heart abnormalities, including a right aortic arch, which only 10% of the population has. His heart works completely fine but when he was about 3 weeks old his surgeon said they wanted to go in and take a look at his anatomy and try to connect the esophagus again, but wasn’t promising they would be able to do it yet. To our surprise, on December 11th, 2015 they were able to get everything connected and “fix all the plumbing”. We were ecstatic, maybe we would be home by Christmas! 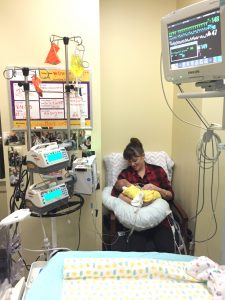 Recovery from that surgery was tough though and took a long time. Everything finally checked out ok towards the end of December, and we FINALLY took our baby home on January 1st, 2016. The best way to start the new year for sure!

Since Macklin’s discharge from the NICU, he’s had to have a couple other surgeries: tethered cord release, Nissen to help with reflux and over 50 dilations of his esophagus! For kids born with EA/TEF, the scar at the site where their esophagus gets connected can sometimes constrict the esophagus, causing it to close…which is a problem obviously because your esophagus needs to be open in order to eat. He has had to have an esophagus dilation every week to two weeks just to keep it open. While he was feeding tube fed for the first several months, he started being able to eat by mouth at around 7 months and it made things difficult when his esophagus tried to “stricture” closed. 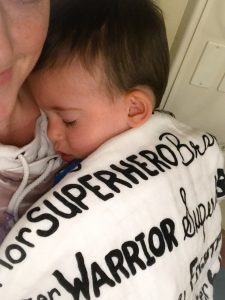 He received his Nissen at 18 months old when the surgeon thought reflux damage might be causing the scar tissue to keep building up, “closing” his esophagus. He had a few dilations after that but has now gone almost two months without needing an esophagus dilation! Macklin just turned two and is doing so much better than we ever imagined. He now eats 100% by mouth and can eat anything and everything he wants, we never thought that would be possible! 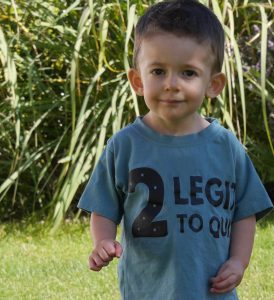 It has been a journey full of ups and downs but for the first time in his life, we don’t have a hospital procedure scheduled and it feels amazing!